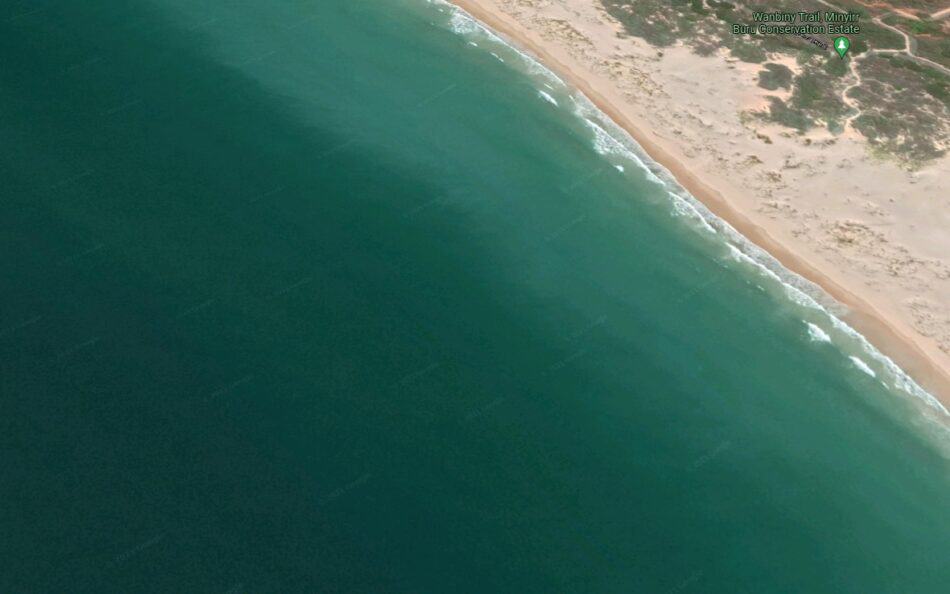 Swimming in Australia is one of the many ways to enjoy the country’s stunning beaches. There are over 10,000 beaches around Australia’s coastline but not all of them are suitable for swimming. Some of the beaches are small stretches of sand with turbulent waters while others are more pronounced beaches with long stretches of sand and calm waters.

Perhaps the differences in the beaches are what makes them so unique. However, knowing what beaches are the safest to swim at in Australia is extremely helpful.

Cable Beach is one of Western Australia’s most well-known beaches. It is a beautiful beach spanning just over 20km in length that is tucked away off the northern point of Cable Beach is most known for its stunning views of sunsets. But can you swim here? Swimming here is possible so long as visitors follow basic beach safety rules.

Follow the beach safety rules while at Cable Beach never swim in waters that appear dangerous. Cable Beach has designated spots for swimming marked with flags. This area of the water is considered the safest spot to swim. The waters further outside of the flagged area can become quite turbulent.

Before deciding to swim at Cable Beach, guests should check with tidal information. High tides are not safe to swim in and Cable Beach is known to have higher tides during certain times of the day. Tides work in a pattern every 12 hours.

So every 12 hours of a high or low tide the same type of tide can be expected.

For example, currently, at Cable Beach, the high tide time is around 1 a.m. so high tides can be expected again somewhere around 1 p.m.

Tide times can change depending on the time of year it is. Even though the tides have a 12-hour pattern, it is still critical to check the specific times when high tide is expected. This simply keeps everyone as safe as possible.

As expressed, you can swim at Cable Beach but always remember to be alert for unstable waters.

How Safe Is Cable Beach?

Cable Beach is a safe beach when the tide is low. The biggest safety concern at Cable Beach is high tide times. The area is known to get pretty substantial tides. Some of these tides can reach an incredible 11m in height. When higher tides like this occur, the beach can become unsafe.

These tidal waters rise onto the beach at levels that could easily sweep someone who might be standing ashore. Because of this, the waves pose a threat to people outside of the water as well as in the water.

When the high tide is due, guests should avoid entering the water or standing too close to the shoreline. This ensures that no one can be swept away by a rising tide. This can also be applied to other northern beaches in Western Australia as higher tides are more common on this side of the country.

Even though the area is known for having higher tides, people shouldn’t fear going to Cable Beach. The beach is still a beautiful place to swim during low tide (and within the flagged area), surf, and go fishing. It offers some of the same fun that other beaches around Australia have.

Moreover, the beach is patrolled which is another factor in keeping people safe.

In terms of wildlife, Western Australia waters aren’t known for having crocs but there are some sharks in their waters. The reduced risk of encountering these types of wildlife at Cable Beach is another aspect that adds to its safety when visiting. Even though these creatures aren’t common, being alert is still important.

The biggest threat of wildlife that is in the waters at Cable Beach is jellyfish. During certain times of the year, jellyfish are known to swarm the waters of Western Australia. Guests should avoid the waters at that time or aim to wear protective swimming clothing to minimise the risk of contact.

Cable Beach isn’t infested with jellyfish but there is an uptick in their appearance so guests should be on the lookout.

Ocean waves are unpredictable and can carry creatures to places they aren’t normally found. Being watchful for yourself and others around you is the best approach to staying safe and having fun.

This can be applied to not only wildlife but the stronger currents and tides as well. Below are some basic ways to stay safe on the beach.

While you probably already know about these beach safety tips, it doesn’t hurt to be reminded of them. They will keep you as safe as can be while at the beach. Additionally, some of these tips can be really helpful at a unique beach such as Cable Beach.

Can You Swim At Cable Beach In October?

Australia is known for not having traditional seasons as most areas of the world do. A majority of Australia’s weather patterns include a “wet” and “dry” season instead of 4 whole separate seasons. October is the last month of the dry season in Western Australia before the wet season arrives in November.

Due to this, October can be tricky on whether or not to enter the waters around Broome (where Cable Beach is located in Western Australia). It is possible to swim in October at Cable Beach, although it isn’t advised.

But why isn’t it advised? Who cares about whether or not it is the wet or dry season? The fact of the matter is it matters a great deal. The wet season is quite a bit hotter than the rest of the year and the humidity is much higher as well. These conditions attract jellyfish, especially Irukandji

which can be quite deadly.

The wet season in Broome, Western Australia is from November to April and during this time, Cable Beach waters can see these jellyfish.

Due to this, people can start to see the jellyfish trickling into the waters during the month of October. Swimming at Cable Beach during the months of November through April isn’t advised at all and October is sometimes lumped into that grouping as well.

Moreover, the lifeguards aren’t patrolling Cable Beach during the wet season like they do from April to mid-October.

Cable Beach proves to be one of the most unique beaches in Western Australia. It certainly has beautiful scenery and seascapes to enjoy. However, swimming isn’t always appropriate at this beach. Overall, swimming should be done cautiously and responsibly while at Cable Beach.

In addition to staying cautious and responsible, guests should stick with swimming during the right time of year as well which doesn’t include October through April.

Even though wildlife isn’t generally dangerous in the waters at Cable Beach, jellyfish are a big concern during the wet season. Being safe about jellyfish is always recommended as they can become deadly depending on the species.

Below are some ways to stay stinger safe while at Cable Beach during the wet season.

How To Stay Stinger Safe At Cable Beach

Do Not Enter The Water If You Suspect There Are Jellyfish

There are plenty of other things to do at Cable Beach that do not include swimming (or surfing or fishing). There are camel rides and sights of the sunset to see!

Steer clear Of The Shoreline During High Tide Times

Just as you shouldn’t swim at high tide or be near the shoreline at high tide, you should be in those places due to a risk of a stinger encounter. The ocean waves can bring the jellyfish into the beach areas. The higher tides will produce jellyfish on the sandy shorelines and you don’t want to risk stepping on one and getting stung.

Full wetsuits provide the most coverage and in addition, wearing water shoes can reduce the risk of stepping on something unpleasant. Ultimately, you shouldn’t enter the water during the wet season (or October) but protective beachwear can add a layer of peace of mind.

Have A First-Aid Kit Readily Available

First-aid kits are nice to have around no matter where you are going. However, at a beach where jellyfish could enter the waters, having one hand is even more important. You should stock up on bandages and pain killers for the first-aid kit.

What is more important than the first-aid kit is to have someone with you that has a mobile phone so emergency services can be rung quickly.

Never, Ever Enter The Water Alone

Entering the water alone can be dangerous no matter where you are. It is critical to have someone with you so that you have an extra pair of eyes to watch out for jellyfish or high tides. Ideally, as expressed before, you shouldn’t enter the water during the wet season (or October) to stay absolutely safe.

These tips could help save your life or someone else’s when it comes to deadly jellyfish. Nature is still unpredictable and we can only plan so much but trying to do our best is key!

Cable Beach is one of the best treasures on the western coast of Australia. It has access to some truly stunning views. While it isn’t advised to swim during high tide or in October and the wet season, swimming is still possible at this stunning beach.