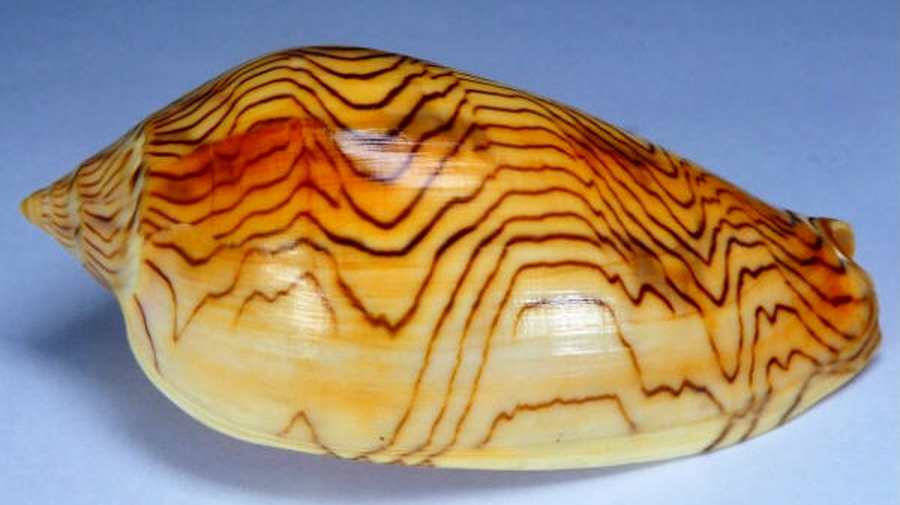 Everyone around the world is familiar with what a seashell looks like. They are found along shorelines all over the world and come in a variety of sizes, colours, and shapes.

However, how exactly are these iconic beach trinkets formed? There is a lot more to seashells than meets the eye and they are much more than just shells laying in the sand!

Seashells aren’t just a pretty shaped material that washes up on beach shorelines. They are a bit more complex than this, and in fact, the process in which they are made is quite fascinating.

Seashells are made by various mollusks

that live in the ocean. This includes snails, limpets, Gastropods, oysters, and clams.

Because there are so many species of these types of mollusks, the shape, size, and colour of the seashells can be very different. This is what makes each one so unique.

from the salt that they absorb, as well as various chemicals that could present in the ocean.

The seashells aren’t a physical part of the mollusk’s bodies. They are simply a hardened material that the mollusks carry around. Throughout the mollusks life, it continues to intake salt and as a result, the seashell can continue to increase in size.

The size of the seashell will be heavily dependant upon the species of mollusk that is creating it. A bigger species will obviously be able to create a much large seashell than a smaller species.

Seashells are specifically formed from the bottom up on the creature. The process starts out with the creation of three layers to the shell.

These layers change throughout the mollusk’s life as it takes in more salt and continuously adds to the shell’s formation. Additionally, while the seashell is attached to the mollusk, it is considered “self-repairing”.

This means that if the seashell experiences any trauma or damage, it regenerates its layers through the various salts that the mollusk has picked up.

At the end of the mollusk’s life, it will shed its shell from its body. Because of this, the shells that are found at the beach were from previous, living creatures.

This isn’t to say that seashells found on the beach won’t still have a creature though. It is important to always check inside the inner shell visually to ensure there are no living creatures inside.

The ocean currents bring shells to the shorelines and this does include ones that could still have a creature living within them.

How Long Does It Take For A Seashell To Form?

There isn’t an exact timeline for how long it takes a seashell to form. This is because the seashell is always being repaired and added to throughout the life of a mollusk.

Because the creature is continuously exposed to ocean water, it is always building upon the shell that it has created.

The lifespan of a mollusk varies greatly depending on the species. It is estimated that most could live around 15 years, however, some can live for hundreds of years.

The mollusks that live for hundreds of years are able to do so because they generally live in colder climates. Their metabolisms are much slower which allows them to live for longer periods of time.

This is important information because essentially these estimated lifespans can shed a little bit of light on how long a seashell could stay with the creature and continually grow.

How Are Conch Shells Made?

Conch shells are quite possibly the most identifiable seashell shape. Historically, conch shells are found all throughout folklore and are one of the more highly regarded types of shells out there.

They are identified by their iconic large size and spire spiral tops that recede from large to small as it gets near the bottom. They have wide openings where the main portion of the shell curls.

The large seasnails that make conch shells do so in the same manner as other mollusks.

They still collect salts and chemicals to create calcium carbonate, however, due to their size the formation either occurs to the left or right sides of the creature.

Conch shells are so unique because of these spires and during the formation of the shells, the spire will have up to 11 protruding points throughout the spire.

They can average in size from 6 to 12 inches (or 15 to 30cm) which is substantially larger than regular seashells.

This is due to the species of conch snail that is creating these remarkable shells! They are also one of the most common seashells you can hear the ocean in.

The obvious importance of seashells is related to their role in protecting a mollusk throughout its life.

However, this isn’t the only importance of seashells. Even after a mollusk’s death, discarded and shredded seashells serve a pretty important role in the environment.

It can be hard for humans to remember that a lot of the natural world around them is essentially an ecosystem of some type. Some ecosystems are more obvious than others.

When it comes to seashells that have washed up along beach shorelines, it is important to realise that this area is also an ecosystem. These washed up seashells have become a part of the beach’s shoreline ecosystem.

The shells literally are integrated into the shoreline which helps stabilise it. Why is this important? Well, because shorelines are constantly exposed to ocean waves, tides, and currents.

While it is true that the ocean also carries sand to the shores of beaches, it is also true that it can break the existing sand down as well.

Seashells that collect at the shoreline help to add a barrier between the ocean currents and the sand on the shoreline. This stabilisation is important in reducing further erosion of the shoreline.

Additionally, as the seashells that are along shorelines are broken down by erosion themselves, they recycle calcium carbonate back into the ocean water.

This aids in helping mollusks in the ocean create more seashells.

How Do Seashells Get Their Colour?

Seashells are really special trinkets that nature provides for our eyes to behold. While their shapes are certainly fascinating, so are their colours.

Seashells are known for their various patterns and bright, vibrant shades. But how exactly does it get that way?

Seashells primarily get their colour from the diets that mollusks eat. The food that a mollusk consumes breaks down, produces colour and is then secreted with the calcium carbonate during the seashell’s formation.

The colours that emerge can range from bright orange, yellow, hues of blue, brown, etc.

The possibilities are practically limitless. Because the colour comes from the mollusk’s diet, each shell will be different with no two shells being exactly the same.

The colour variation will differ from shell to shell including how the colour is distributed throughout the shell. This is also true for the shape of the shell.

While it is true that every species of mollusk has a generic shell shape that will be formed, the shape will still be slightly different from one mollusk to another.

This process is what makes seashells truly a treasured gift from nature.

This is because they aren’t very close to the shore and their diets are extremely different than mollusks who live in warmer areas of the ocean.

Is It Illegal To Collect Seashells?

Collecting seashells from some beaches is illegal. This is because there is no guarantee that the shell will be empty.

All ecosystems are important, however, some areas of the world are more protected due to there being the potential for rarer elements in the ecosystem.

It can be tempting to snag up a really pretty seashell at the beach. But it is important to keep in mind that the seashell is playing a really critical role in the beach’s ecosystem as a whole.

Taking a photograph is the best way to “collect” shells no matter where someone is in the world. Photographs can last a lifetime and truly help capture nature’s beauty.

Photography is also a great way to help preserve important ecosystems by minimally disturbing them (if at all). Seashells are more than just a colourful piece of the beach.

They are an important part of nature from the moment that they are formed to when they are washed up on beach shorelines!

Continue Reading
link to How Do Seashells Get On The Beach?

Seashells are one of the most unique things found in nature. They come in many shapes, sizes, and colours making them incredibly different from each other. They are not only fascinating because of...