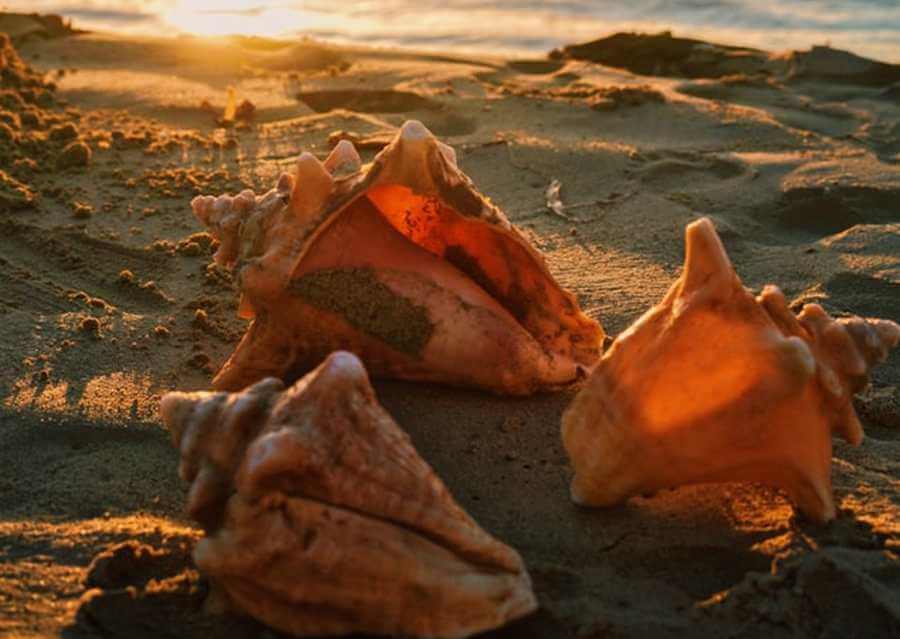 Have you ever walked along the shore collecting seashells and wondered how old these shells were? Are the shells days old? Years old? Even older? We’ve got just the answer you are looking for, as well as other fun tidbits about seashells.

What Is The Age Of Seashells On The Beach?

Did you know that seashells are part of the animal’s body and it actually grows with them? Seashells are the exoskeleton

of certain sea creatures. The exoskeleton is the Skelton that is on the outside of the body and it protects and supports the animal’s body. (Humans, on the other hand, have an endoskeleton or an internal skeleton.)

Some of the seashells you find on the beach may only be a few days old, but others are much older. Seashells continue to grow throughout the life of the creature living in them. And this can be a long time – Bangor University has discovered a clam that is about 500 years old!

The seashells that you find while walking on the beach have usually only been abandoned for a few weeks or less. Seashells usually become abandoned when the creature inhabiting them dies.

, leave their shells behind when they outgrow them and simply find a new one to call home. If a seashell does not get washed up onto the shore, it usually breaks down into the small shell shards you see or will get buried under sand, which could then eventually become a fossil.

When seashells are washed up on the shore, we only see the shell and not the animal that was once living there. This is because the soft parts of the body have either decomposed or been eaten by another animal.

How Can You Tell How Old A Seashell Is?

If you want to determine the age of a seashell that you found on the beach, there is an easy way to figure it out! All you need is your seashell and a magnifying glass.

With the magnifying glass, look at the shell’s ridges.

Once you have your total number of ridges, divide the number by 365. This will tell you about how long (in years) the seashell was with the mollusk before it either died or abandoned its shell.

This is because scientists have discovered that a lot of mollusks produce about one new ridge every day.

This won’t give you the exact age of the shell, because the seashell could have floated around the ocean for years after it was abandoned, but it gives you a good guideline.

Are Old Seashells Worth Anything?

Seashell collecting has been around for over 100,000 years and in 17th century Europe, seashell collecting was an extremely popular activity among the continent’s elite. And it is still popular today! While a lot of people just collect shells from their trips to the shore, there are some collectors out there that pay good money for seashells.

Certain seashells, like the gastropod cowry, the bull conch, the keener dolphin snail, or the lion’s paw can be worth a bit of money because they are so hard to find.

What Are Some Types Of Seashells That You Might Find On The Beach?

Conch shells – Fighting conch shells are commonly found on beaches. These shells are spiral-shaped and an orangey colour – when the fighting conch is alive, the shell is bright orange, but it fades in the sun as it gets close to the shore.

Coquina shells – These shells are very small- they do not grow to be bigger than a dime! You will probably see these tiny animals digging into the sand as the waves recede on the beach.

Scallop shells – Scallop shells are easy to recognize because they are fan-shaped. Some scallop shells can be found with bright colours and patterns and are valued by shell collectors.

Jingle shells – Jingle shells are polished looking shells that can be found in a variety of translucent colours like orange, grey, white, and beige.

How Can You Find The Best Seashells While At The Beach?

If you are going to the beach and hoping to find some new seashells to add to your collection, here are three tips that can help you find the very best seashells.

1. Go early in the day! The best time of the day to go shelling in is when there is a low tide in the morning. After strong winds, low tides during a full or new moon, and after a storm are other great times to find seashells.

2. Take your time! Don’t rush through your walk while searching for shells. Bend down and get close to the sand and enjoy the beautiful shells in front of you. While not all of them will be keepers, by taking your time and looking closely, you are more likely to find intact, colourful shells.

3. Stay where the sand is wet! Shells that have recently been washed up to shore are usually the most colourful and in the best shape. These shells will be closer to the water. Shells higher up will often be sun-bleached or chipped, but can still be beautiful.