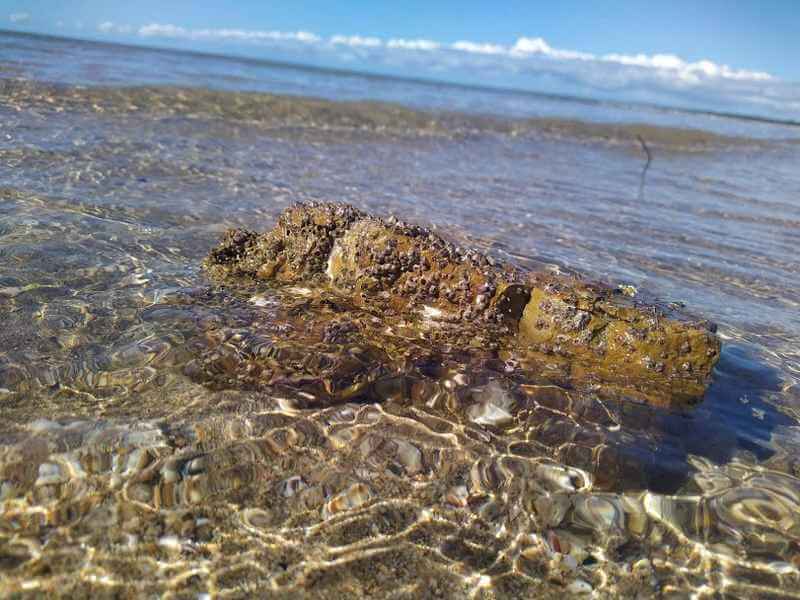 Shells are a common thing found at many beaches around the world. They come in all shapes and sizes and are often found washed up along beach shorelines.

In some areas of the world, like Australia, shells are protected due to them being part of national parks and in some cases, living creatures.

Shells get their shapes and sizes from mollusks (like snails, etc) through the process of layering calcium carbonate excreted from the creature. These shells are meant to be a form of protection for sea creatures.

When these shells get shed, they often wash up along the ocean shorelines. Many of them will be empty, however, not all of them are empty. When collecting shells, the inside should be carefully inspected to ensure no living thing appears to be within it.

This can be a common mistake and in some cases, like the cone snail, can result in painful stings that could be fatal. It is important to know the different ways shells can appear when found at the beach.

Most of the time, shells are loosely floating within ocean water and when they wash up, become embedded in the sand. However, there are some shells known to stick to rocks.

What Are Shells That Stick To Rocks Called

The diversity of shells that exist in the ocean is quite incredible. Perhaps the most incredible of these are shells that bind themselves to rocks. The most common critter that clings to rocks is the limpet.

The limpet is the most widely known in places like Australia and the UK, however, barnacles and oysters are known to also latch onto rock sides. Out of these three shells, the limpet is quite possibly the most interesting of them.

Limpets can be specifically identified by their tented, fan-shaped shells. These shells are often shades of grey, white, or even light cream colours. The surface of the shell typically has tiny ridges that give it texture.

While they are difficult to remove from the rocks they cling to, the underside of them is generally a soft, fleshy material, as this is their overall body.

This area of the limpet is commonly a light yellow or cream colour, with a muddy brown colour in the centre.

How Do Limpets Stick To Rocks?

are anything but limp! In fact, they are quite strong. They attach to rocks by using the muscle on the underside of their shell, often called their foot.

A good way to really look at it is to think about the foot as a really large suction cup. While they typically only grow to about 6cm (or 2.5in), their small size is certainly deceiving.

The foot that clamps down onto the rocks are ridiculously strong as it needs to hold the limpet to the rock securely.

This clamping process is usually so strong that imprints are left on the rock bases. These imprints are referred to as the limpet’s “home base“. Limpets generally stay in one place, securely, during low tide.

During high tide, they do move around the rock they’re latched onto, though at very slow increments. Typically, they only move about 1m from their home base imprint and only do so to feed on algae that have grown on the rocks.

After feeding, they return to the same exact same spot on their home base.

Another fascinating part of the clamping process is that usually there’s a bubble of water trapped under their shell when they attach to rock.

This bubble keeps the creature hydrated and prevents them from drying out when the tide is low and they are exposed to the above water elements. This is truly important as it keeps them healthy and actively ready for high tide again for feeding.

Their ability to stay on the rocks with such force is also considered important for the ecosystem. The rocks they cling to usually have other water dwellers, like larvae, that require bare rocks to settle on.

If these rocks contain too many algae, the larvae cannot attach to the rocks and this greatly affects them. The limpet’s role in eating algae is a significant role in keeping the ecosystem in check.

Moreover, limpets are usually found in large clusters, so even though they don’t move very far from their home base imprint, a number of them eat enough algae to keep the flow of the ecosystem moving.

How Do You Remove A Limpet From A Rock?

Even though limpets play an important role in rock ecosystems, they are still removed from rocks and in some cases, eaten. They don’t have much meat under their shells, but some do prefer the taste of them.

With such a strong foot attaching the limpets to the rock, they can be nearly impossible to remove. The sheer suction between the rock and the foot is simply astronomical.

Though difficult, they can be removed from rocks. But how?

To remove a limpet from a rock, having a flat stone is ideal. The flat stone, when struck just right, will dislodge the shell from the rock. Striking the limpet with the flat stone should be a quick and forceful motion.

One hard whack can do the trick. They should never be repeatedly hit as their shell will become damaged and they will simply latch on even harder. At this point, they need to be removed as they are now vulnerable.

If one whack doesn’t dislodge them, it is best to try hitting another limpet.

If eating them is on the menu, their head and guts need to be removed first. To do this, pressing gently on the middle of their foot will expose the head and guts for removal.

Some people have been known to eat the guts as well, but it is said they are their best without any guts still lingering.

Where Are Limpet Shells Found?

Sure, they are found on rocks but they aren’t found on just any rocks. Limpets can be found specifically on intertidal rocks. This means the rocks are in an area where low and high tides reach them.

Limpets are found on these rocks because they are best suited to rocks that aren’t going to wash out to sea.

They are also found on rocks that contain algae, so they always have a food source. Between the tide and the algae, the limpet can stay still during low tide and move about to eat during high tide where they are underwater.

Shells are super interesting and the limpet snail shell is no exception. As the world’s “shells that stick to rocks“, limpets are much more than just a shell!