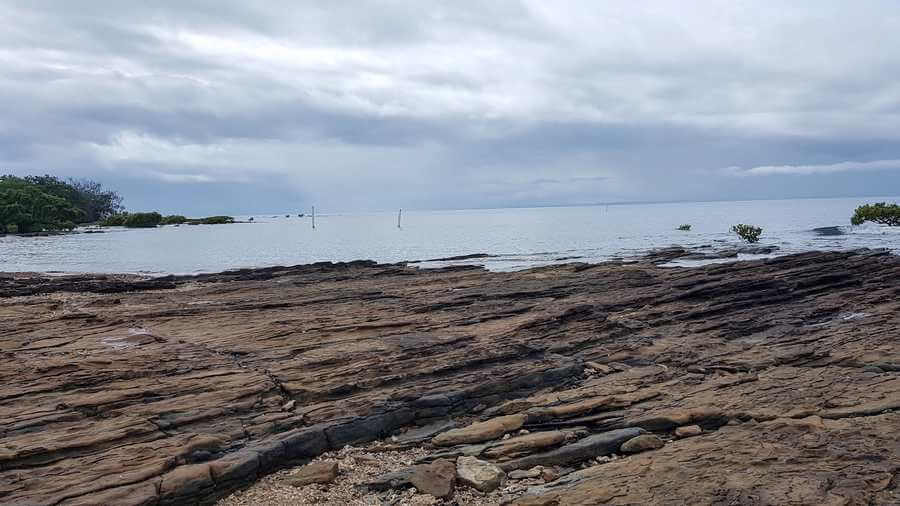 Beaches are one of the most iconic ways to enjoy the ocean. Beaches offer idyllic views into the vast, open ocean as well as their beautiful shorelines.

When most people think about the beach, they think about soft, golden sand. While most beaches around the world are composed of sand, others are not.

In fact, some beaches are made of pebbles or rocks. Beaches, in general, are pretty unique but the beaches that have stones instead of sand are even more interesting!

Most people prefer sand beaches over rock beaches. However, rock beaches and their formation is quite fascinating. The rocks on these beaches have formed from cliffs eroding away leaving a unique look and truly add to the natural surroundings of the beach area itself.

However, these natural phenomenons tend to have people question just exactly how these rocky beaches tend to form.

Nature always proves to be a source of amazement. It is truly fascinating to see how nature works to create things like beaches, etc.

Beaches are formed from ocean waves carrying sand on shorelines all over the world. The ocean is a constantly moving mass.

Because of its movement, the waves are able to carry a variety of things that can wash up on shorelines.

From sea snails, seashells, sand, and even rocks, there really is no limit to how a beach a form or what can be washed up on the beach.

The key to what washes up on different shorelines is heavily dependent upon what is nearby. It also depends on how strong the ocean waves are within that region.

Some regions experience stronger currents, which could wash up different materials. This even includes rocks instead of sand.

While rocks obviously as soft as sanded beaches, rock beaches are still quite intriguing.

Why Do Some Beaches Have Rocks Instead Of Sand?

The formation of beaches is through ocean waves carrying various materials ashore all over the world. The final result of a beach’s material is absolutely dependent upon what is nearby.

Rock beaches are primarily formed when nearby cliffs experience erosion. Erosion is when water or wind breaks down an earthy surface causing the surface to shrink in size.

When erosion happens on ocean cliffs, it is because there are strong waves crashing into the cliffside, causing the breaking down of the cliff.

As a result, the pieces of rock or pebbles from these cliffs are carried to shorelines, creating rock beaches rather than sand.

These rocks or pebbles typically aren’t carried too far off from their source. This is what keeps them mostly intact which results in the bumpy, rocky beach shoreline.

It is incredible to think of just how strong ocean waves are to carry rocks and pebbles to shorelines to create these natural wonders.

Because of the unique way that rock or pebble beaches are formed, they are literally found all over the world. There are cliffs and headlands from one side of the world to the other.

These cliffs and headlands often have various types of rocks or mineral material, which adds to the beauty of rock and pebble beaches.

From India to Australia and certain parts of the United States, and countless other places, rock beaches can emerge.

If the ocean waves are strong enough and close enough to these cliffs or headlands, there is certainly bound to be a rock beach nearby.

Alternatively, sandy beaches are more often found in bay areas. This is because these areas have lower energy waves and shallower water. Rocks that have become sandy particles can easily wash ashore in these areas.

For a rock or pebble beach to properly form, it is important to have stronger waves so that the rocks and pebbles can be carried upon the shores.

While the wave strength and general area of a beach will determine what type of beach it is, it is also important to examine the difference between sandy beaches and rocky beaches just a bit more.

Sandy beaches are identified as having gentle slopes leading up to the shoreline. Rocky or pebble beaches (sometimes even called “shingle” beaches) tend to have a sharper, steeper profile.

This makes a lot of sense since rocky beaches are the result of erosion taking place within the natural world.

Rocky or pebble beaches also have a distinct look in terms of where the rocks or pebbles lie on the beach. Usually, further up the shoreline, towards the mainland will be the larger rocks.

These rocks are carried further into the mainland due to the stronger currents bringing them ashore. The force of the waves tends to send these rocks a bit further.

Smaller rocks are often found closer to the water as they tend to pile up quickly in these areas when brought in from the ocean.

The important thing to remember when examining rocky or pebble beaches is that erosion happens everywhere. It happens within the water as it carries materials from various cliffs or headlands.

Erosion is the direct result of the ever-moving ocean waters which contributes to the formation of rocky beaches.

How Do Rocks Turn Into Sand On The Beach?

It is important to distinguish a rock beach from a sand beach. It could be sand that sand beaches are technically “rock beaches”, however, that isn’t exactly true.

Sand is a result of rocks being broken down through erosion during transportation through the water. Certain rock materials take longer to break down and need to be eroded by water for a longer period of time.

An example of this is quartz, which can take a long time to decompose. However, quartz

which is arguably some of the most beautiful beach shorelines in the world.

It is simply so soft and often bright white! Through constant moving through the water, rocks are broken down into sand particles that get washed ashore.

However, the rocks that are closest to the shoreline that experience constant exposure to ocean waves crashing ashore can be broken down into sandy spots.

While it can take a long time for it to happen, it is possible. This creates a little melding between sand and rock along these rocky beaches.

The colour that sand becomes is a direct result of the type of rock or material that it started out as. Some sands will be white, which are usually quartz turned to silica.

breaking down. It is important to note that any type of rock can be eroded into sand if it spends enough time travelling through the ocean waves.

A great example of this would be the black sand beaches. These beaches

are a direct result of lava rocks

being eroded through water into the black sand that washes ashore.

Black sand beaches are some of the most unique looking beaches anywhere in the world. To think that the sand was once a lava or basalt rock is absolutely stunning to think about!

Why Can’t You Take Stones From The Beach?

Beaches are a great source of beautiful things like seashells and stones. The stones specifically are interesting in colour, shape, and size.

While it can be tempting to take some of the stones from the beach, it is usually prohibited.

But why? It is important to remember that the stones (and even seashells) are a part of an ecosystem.

In certain parts of the world, like Australia, some of the beaches are within national parks. Because of this, removing stones from the beach is illegal. The stones are considered a part of the ecosystem that has been created within the beach.

Taking stones from the beach can result in fines

. It simply isn’t worth it! However, these stony beaches can create some incredible photos.

Taking photographs of stones (or seashells) can help preserve what we see at these beaches. Then we have the pictures forever! Photography also aids in protecting the ecosystems that are associated with these rock or pebble beaches.

While taking stones from the beach is heavily frowned upon, these areas are still a source of wondrous natural beauty. From how they are formed to their end result, rocky beaches prove to be just as interesting as sandy beaches.

They typically aren’t as comfortable to walk on (although the rocks do tend to be a little smooth due to their travels from within the water) as sandy beaches are, yet they can still be enjoyed by those looking to snap a few photos.

With proper shoes and a camera, rock or pebble beaches are a continuous beautiful sight for visitors!