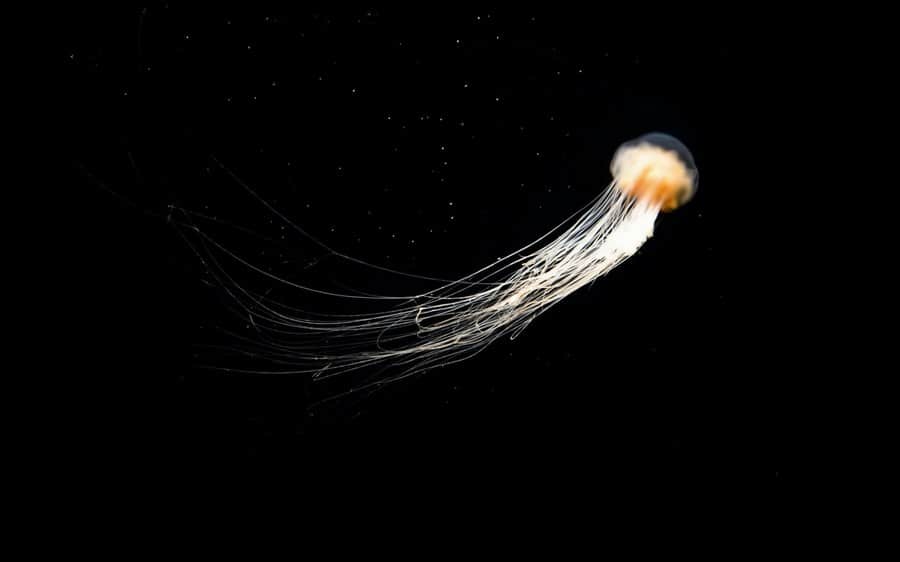 Immortality has been a huge part of folklore, myths, and other fanatical stories throughout history. Perhaps this is because humans cannot bear the thought of death.

The mysterious shroud around the possibility of immortality is certainly interesting to think about. However, for the most part, it has remained a simple fantasy.

The barrier between mystery and reality was broken by the discovery of a jellyfish species that is said to be immortal.

Scientifically called Turritopsis dohrnii also known as the “immortal jellyfish”. Only this species of jellyfish is considered to be immortal as they can revert to a previous stage of its life cycle. Other jellyfish species are not eternal primarily because their bodies do not function the same.

Jellyfish, or stingers as they are called in some countries, are transparent marine creatures that are known for their painful stings.

While their overall appearance is strange enough, the species that was discovered as being “immortal” has really contributed to learning more about jellyfish.

Even though the immortal jellyfish, also known as the “Benjamin Button jellyfish“, are a type of jellyfish, they aren’t quite the same as other subclasses of its species.

The immortal jellyfish was first discovered in the early 1800s. At the time, it was simply another marine discovery. The true significance behind the creature wasn’t realised until many years later in the 1990s.

Scientists studying this particular species unveiled that the creature could essentially live forever by regenerating itself. The science that lies behind this process is quite fascinating and has shed a whole new light on the species.

Why Is The Jellyfish Immortal?

When scientists realised that this species of the jellyfish could survive different than others of its kind, it truly was groundbreaking. But what is it exactly that classifies them as “immortal” or “undying“?

Like other animals or creatures on the planet, Turritopsis dohrnii does undergo a traditional life cycle. However, when it is reaching the end of its life cycle, their bodies do something truly incredible.

They also go through this transformation when they are injured and death may be immentent. This process has inspired scientists to continuously study this species because it is so remarkable.

This particular process is unique to only this jellyfish and isn’t found anywhere else in the natural world. Some would say that the species has influenced scientists to attempt using similar techniques to help regrow human tissue.

While there is definitely a lot to learn from this jellyfish’s ability to live forever, scientists have already found methods for regrowth through stem cell research.

Life Cycle Of The Immortal Jellyfish

This is the basic life cycle of this species. However, what makes it so unique is what happens when the jellyfish is regenerating itself.

Basically, the regeneration that occurs when the jellyfish is dying or injury occurs when a ball of tissue becomes a young polyp again.

Other animals throughout the animal kingdom may appear “immortal” because they have incredibly long lifespans. Interestingly enough, it is usually also a form of a marine creature.

Creatures like sharks, species of clams, underwater sponges, etc can all live for hundreds and thousands of years. What separates the immortal jellyfish from these other marine creatures is its ability to return to the state of youth.

They literally undergo a transformation that starts their cells from new.

The only other creature that is even comparable to this type of process is the hydra. Hydra’s are basically a freshwater animal with a tubular body.

This particular form of marine life also regenerates its cells, although it is considered to be a continuous process rather than only when they are injured or in danger of dying.

Furthermore, because they continuously regenerate cells, they don’t show signs of aging like other forms of life.

While hydras are interesting, the immortal jellyfish still remains one of the biggest interests in the animal kingdom when it comes to “living forever“. It is all related to their change back to a younger state of life.

They are essentially skipping other stages of their lifecycle to become the youngest form that they can while still being able to function outside of the planula stage.

What makes their transformation even more remarkable is that their newly regenerated forms are identical to their previous form’s DNA. Essentially, the jellyfish spurts out new cell life right before their end is near.

How Old Is the Immortal Jellyfish?

Because of the immortal jellyfish can revive its cells to start life over as a young polyp, there is no direct age for the species.

All that is known about the species is that it was first discovered around 1883 specifically in the Mediterranean Sea. Even though their true power and abilities weren’t initially present, this is the oldest record of the species.

The ocean is an endless source of discovery due to its vastness and depth. Although this species was discovered in 1883, it can’t be pinpointed as only existing since then.

Between the abilities that they possess and the vastness of the ocean, there is no real way to determine the age of the species existence.

Can You Kill The Immortal Jellyfish?

While their impressive way of renewing cells and becoming young polyps again is intriguing, the “immortal” in their name isn’t exactly true.

The process in which they go back to young polyps has given them namesakes, however, they aren’t immune to death by any means.

It is true if the jellyfish experiences an injury or knows that it is close to death, it will begin the process of reverting back to another part of their life cycle.

This supports you not being able to simply “kill” them.

With this in mind though, their ability for immortality is halted when they are exposed to a disease or a natural predator. They are able to meet death when they are eaten.

Their predators include tuna, sharks, penguins, sea turtles, just to name a few. Aside from being eaten or contracting disease, the only other way for them to die is if they haven’t reached maturity yet. Why is this important?

Immortal jellyfish can only go through the process of transdifferentiation if they have reached maturity. If they experience an injury prior to this, they won’t have gained their ability to regrow their cells.

Additionally, it is thought that if an immortal jellyfish is starving, it will die. There is some truth to this. They can die from starvation if there is no food around and they haven’t reached their mature state.

They may have this strange ability, however, they still need to eat just like other living creatures. They eat things like plankton and other small marine life that is easy for them to scoop up.

If their food source is effected in any way, it is possible for them to die. However, some scientists would argue that if the jellyfish are within their mature state, they could just continue to regenerate to avoid death.

While this is possible, they would need to eventually move to find food.

Generally, they are found in tropical waters, however, they have been found in other parts of the world. Ocean currents are forever moving which is known to carry marine life and other things great distances through the water.

Because of this, the chance of the immortal jellyfish starving is pretty slim. The primary way that they will actually experience death is through being eaten by a predator or disease.

What Is The Oldest Immortal Jellyfish?

Once again, because these jellyfish are able to mostly avoid death, their true age isn’t really able to be pinpointed. The only reference point that exists is related to them being found in 1883.

This gives a general idea of how long the species has existed but even that cannot be confirmed due to the nature of how they regenerate themselves.

Because of this, it is totally possible that they existed well before the early 1800s. Moreover, it makes it difficult to really say what the oldest immortal jellyfish might be.

The main cause of death in an immortal jellyfish is by them being eaten. The ocean is a wide open space of potential predators. They can easily be scooped by a number of other marine animals.

Below are the main predators that have been documented as eating immortal jellyfish!

Natural Predators Of The Immortal Jellyfish

These are the most common predators for the immortal jellyfish, however, other larger marine life could potentially eat them.

Immortal jellyfish, at their most mature stage of life, only gets to be about 4.5mm (or 0.18in) in size. Due to their small size, they are easy for larger marine life to scoop them up.

Can Jellyfish Unlock The Secret To Immortality?

The chase for immortality has been always been an illusion that humans want to make real.

There is an obvious appeal to living forever instead of facing death. This species of jellyfish have given people hope in finding the true secret to immortality.

However, is it really? The truth is no. This is supported by the hydra species also being able to regenerate cells. But, it goes much deeper than just other species being able to mimic similar life cycles.

Stem cell research has existed for quite some time. This research is quite conversial but it still creates new cells through a process of regrowth.

Because of this, scientists can’t really pinpoint immortal jellyfish as being a secret to true immortality. Sure, their life can be examined to aid in overall research.

In the long run, they are still a unique marine animal that has this ability that can’t be completely copied.

The studies of the jellyfish provide important information that helps scientists learn more about the species. But because of stem cell research, they aren’t really learning anything that directly applies to immortality.

Another aspect that shows that these jellyfish aren’t the secret to immortality lies within the fact that they aren’t truly an eternal being. They can still become victims of disease or being eaten alive.

This fact reinforces nature’s natural biological side of life. Death is, unfortunately, something that will occur to most all of living creatures.

While it would be nice to live forever, this species shows that even with endless cell regrowth, death isn’t entirely avoidable.

Even if the immortal jellyfish can’t unlock some unknown method of living forever, the species still proves to be a fascinating part of the biological world.

Scientists who continue to study them can definitely expand the world’s knowledge about the immortal jellyfish. This is important to learn more about the species.

link to Can Dolphins Kill Sharks?

Dolphins are one of the ocean's most interesting marine creatures. Studies have shown that they are not only intelligent but can also showcase emotions such as happiness and depression just to name a...

Beaches are some of the most beautiful places in the natural world for people to visit. People love soaking up the sun, playing in the sand, swimming, surfing, and so much more. When heading to...